This time, I would like to talk about what actually happened to Koro, Usa, Riii and one other friend on a trip to Osaka.

Usa has written about things related to disabilities such as priority seating and help marks, and now I would like to write about elevators.

I would be happy if you read this article and learn more about the mobility of people with disabilities.

Who are priority seats for?
I am sure many of you are familiar with the term "priority seating. There are many places in public transportation such as trains, buses, and shopping centers where seats are available. Do you know who is eligible for priority seating and help marks and what kind of consideration they need?

disabilitylog.com
What is a Help Mark?
Thanks to the red heart and plus symbols that can be seen around town in the form of added priority seating on trains and buses, we now live in an era where people with disabilities and those who need consideration for their invisible suffering can be reached. What is a "help mark?" Let's learn who should be taken into consideration.

Waiting for the elevator at Universal City Station

We took the monorail and train from Itami Airport to Universal City Station to visit Universal Studios.

Since Koro and Usa are in electric wheelchairs, it is difficult for them to go up and down stairs and escalators.

The trains are crowded when they arrive, and there were at least four or five groups of people with strollers in tow behind our group of electric wheelchair users.

But we saw them and rode the elevator up without a hitch.

Do we have an escalator?”

I want you to think of it this way and look for it.

Of course, this does not mean that you should not take the elevator.

I understand that you are carrying heavy luggage, and you may not know that there is an escalator at the station.

But there are many people who have difficulty getting around without an elevator.

Sometimes I have a hard time getting on the elevator… like when I’m in a hurry… and I’m in so much trouble!

I hope you’ll be kind enough to give it away!!!

Why don't you create a system that allows people in wheelchairs to use JR trains and still get on the train in front of you?
An online petition has been launched to help wheelchair users use JR trains more comfortably. When wheelchair users get on and off the train, they wait at the station or platform until they can contact the drop-off station. We hope that many people will become aware of this reality and that it will be a catalyst for change in society and its mechanisms.

In an elevator at the Osaka Metro.

When I was getting on the elevator at the Osaka Metro, the man who came after me tried to force me on quite a bit.

The elevator was crammed with two wheelchairs, myself, my carry-on case, and another friend.

In the end, my friend took the stairs, and the uncle who came later took the elevator.

He said he had a bad leg.

But no matter how bad his legs are, how can he push the person waiting ahead of him to get on the elevator?

Can’t he wait until the next elevator?

There is Corona, and I understand that they are in a hurry, but if they get on the elevator when it is crowded, they will be in trouble.

Corona can make you very sick with a disability, so I’d avoid the density!

But you have to ride the elevator to get around, so if there are a lot of people on it, I’d rather wait until the next one.

I believe that people in wheelchairs, baby strollers, and other people who have difficulty moving should have priority in elevators, but it is not the same as forcing them out of the way or asking them to give way with the feeling that “you have priority, so you should give way.

It would be nice if people who have difficulty moving can move around comfortably with a willingness to give way and a sense of gratitude on the part of the person who is given the right to move.

When we went to the Umeda Sky Building from Osaka Station, we looked for an elevator and found one, but it didn’t seem to be an elevator for a station building, because it went up to a very high floor.

After looking for a few more elevators, we finally found one that looked like it could take us, although it was crowded, so I had my two wheelchair users take the elevator and my friend and I took the escalator to meet them downstairs.

However, it is best if the caregivers can ride together in case something goes wrong.

If you see someone who has difficulty moving around, I hope you will consider the option of taking the escalator, even if it is on the way to the destination floor.

In this issue, “Does it have to be that mobile elevator?” I have written about an actual story that happened on a trip to Osaka with two wheelchair users and two caregivers.

This time it was in Osaka, but this is not limited to Osaka, I’ve had similar experiences in the Tokyo metropolitan area and other destinations.

I had a lot of help from people around me on this trip, but Osaka was so crowded that the elevators were very difficult.

There are many people who have difficulty getting around without an elevator.

Even if you have no difficulty in getting around now, you may have a child and have to pull a stroller, or you may have to ride in a wheelchair due to an accident, injury, or illness in the future.

What will you think of those around you when you find yourself in a position where you need an elevator to get around?

What would you want them to do?

If you see a person in a wheelchair or pulling a baby stroller who has difficulty moving in an elevator in a crowded station or building, we would be happy if you would consider taking the escalator and give it to them.

However, everyone has the right to ride the elevator, and there are various circumstances, so it would be nice if the person who is being given the elevator can move comfortably without forgetting to show their gratitude.

Chiba Tokubitabi Campaign for a great staycation at a discount price. Here are some tips on how to save money on your hotel stay and the Grand Nikko Tokyo Bay Maihama, where we stayed this time, and the lounge for Nikko floor guests only.

This is an explanation of poikatsu, a popular way to earn pocket money in this era of rising prices. There are various types of poikatsu, but we will write about what kind of sites are available, which ones are recommended, and how to use them, focusing on those called "point sites”.

Who are priority seats for?

I am sure many of you are familiar with the term "priority seating. There are many places in public transportation such as trains, buses, and shopping centers where seats are available. Do you know who is eligible for priority seating and help marks and what kind of consideration they need?

Information about the Para "Travel" Support Project 2022 (Watching the Chiba City Triathlon) to be held on Sunday, October 16, 2022! The purpose of this project is to motivate people with disabilities to go out, to deepen exchanges, and to foster volunteers' understanding of disabilities and new views of support.

Many of you may be wondering how people in wheelchairs take into account the morning commute rush, rainy days and other inclement weather, commute times, work hours, and the difficulties they had as students to "choose a job" for those with disabilities related to these issues. We will answer these questions from a person who uses a wheelchair.

Tokyo Station Hotel in Tokyo Station is recommended for "gastronomy tourism. On its top floor is the Atrium, where you can enjoy a superb breakfast. We will introduce the secret attic of Tokyo Station, how to make reservations for the breakfast buffet, access, opening hours, barrier-free access, menu, etc.

Go to Keio Plaza Hotel for an exquisite breakfast
What does it mean to attend an event? (H-C-R) 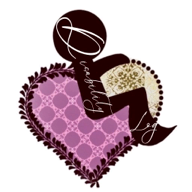